Known the world over for their fierce attacks, villainous movie roles, and voracious appetites, Piranhas are thankfully limited in range to a relatively small portion of South America. But that didn't stop Trango from making thousands of them and sending them all over the U.S.! The good news: this Piranha only bites when you want it to. 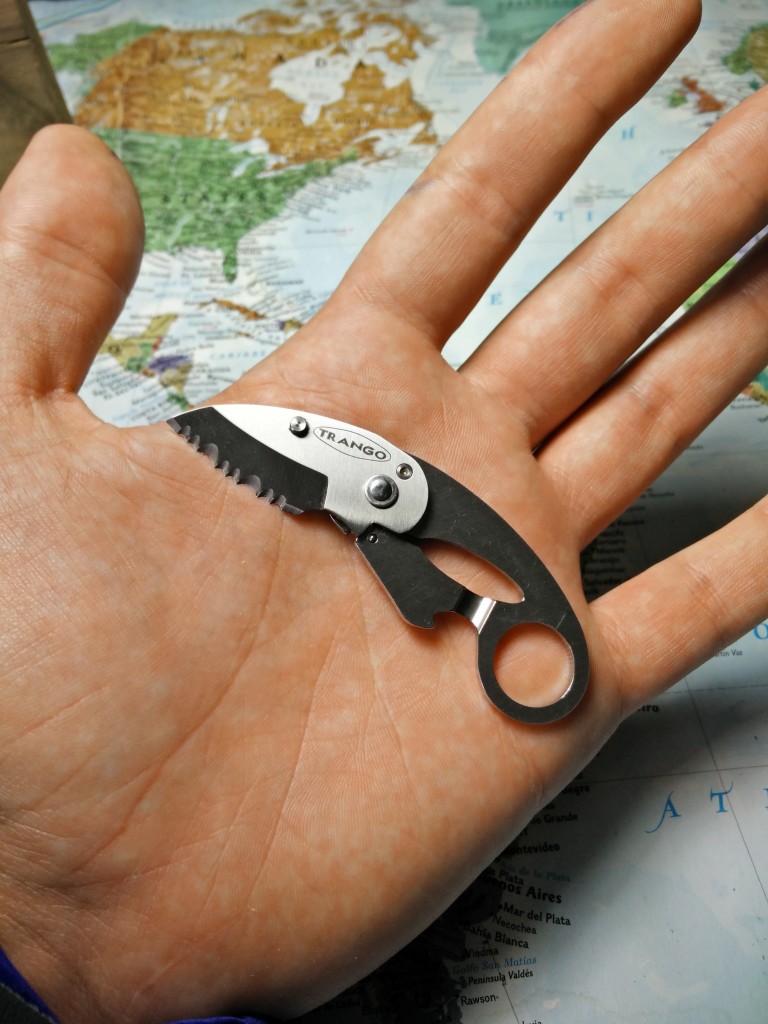 This little guy might actually find a permanent spot on my key chain. The 440C stainless steel blade locks securely and sits flush against the handle when closed. It looks a little dangerous with the blade's cutting surface seemingly exposed but it's not. I tried several times to get the blade edge to hang on clothes or fingernails only to find it's totally safe. The lock is pretty substantial too. It's a little tough to open one-handed unless you're fairly dexterous and have a bit of finger strength (it IS a climber's knife after all). The plus side is that you don't have to freak out if your little kids get hold of your keys...it'll be pretty darn hard for them to open this knife.

The loop clips easily to a carabiner, and the 'biner also physically blocks the blade from opening. Nice. There's not much to say feature-wise. It's got a bottle opener that you'll only want to use in an emergency and a flat head screwdriver that's also a little gimmicky, but undeniably handy in an emergency. The blade is deeply serrated, so it RIPS through fabrics and cordage. I can say from experience that it'll open an Amazon box in no-time-flat. At less than an ounce (20g) there's no reason not to clip it to your rack...or your keychain.

It's a pretty nifty piece of kit.